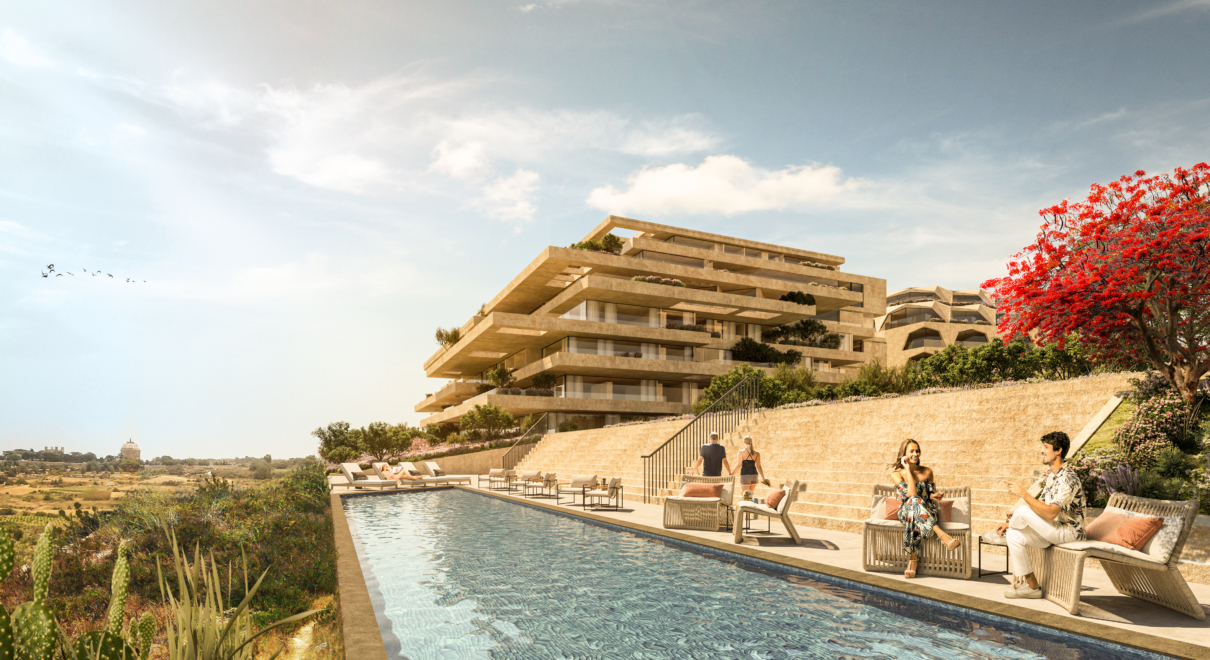 As Malta becomes ever more urban, it’s clear the island needs to focus on developments that serve an aesthetic purpose as well as a practical one. The new Verdala development will be one such project, further highlighting our commitment to the communities in which we operate. 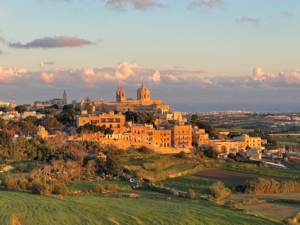 The island is home to some of the most striking historic architecture in the world and many of our beauty spots still put us proudly on the global map, but many recent projects haven’t been kind to our visual identity – and they haven’t prioritised our nation’s architectural character either.

The time to change that is now, and Chairman of AX Group Angelo Xuereb together with his daughter Denise, Director of Construction and Development at AX Group hope to help spearhead the movement by inspiring other developers to take aesthetics and urban context firmly to heart when planning their projects. This isn’t a time for excuses, he says, but the moment when those with the power to do so should give aesthetics as much importance as the other aspects of bringing a project to life – as demonstrated in the design of the new Verdala in Rabat, which promises to fulfil both visual and community roles as part of its wider remit.

“Aesthetics cannot be an afterthought,” stresses Mr Xuereb, the Chairman and Founder of AX Group. “Malta needs to focus on quality. We have to stop thinking about property as the mere function of the building and the potential to make money.”

Under Mr Xuereb’s leadership, AX Group has long had a commitment to quality, including the quality of its property developments. In fact, from setting standards in the 1970s and 1980s, to its dedication to excellence in its recently approved plans for The Verdala, the Group has long fought to go beyond the status quo to deliver something it – and Malta – can be proud of. 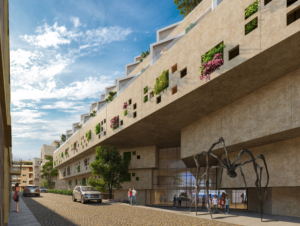 That vision is being magnified even further as the new Verdala goes into development, stripping the skyline of the existing ‘matchbox’ structure that has stood since the 70s, and replacing it with a contemporary architectural gem.

“Safeguarding the Rabat skyline has been one of our foremost concerns from the start of our work on Verdala,” Mr Xuereb says. “Thanks to our strategy, Verdala will no longer stand out like a sore thumb marring the magic of Mdina. We intend to create an exciting new future for the region, both visually and in the community.”

To achieve this, the existing Verdala structure has been demolished and will be replaced by a building that reduces the overall height of the existing hotel by almost two storeys.

Beyond that, the building mass that exists today will be separated into three distinct blocks, while the development has been carefully curated to blend far more harmoniously with its combined rural and residential setting. To this end, AX’s architects have ensured that the system of terraces and voids on the ridge side of the building will mimic the natural forms of the rock strata, while the back elevations will better tie into the existing streetscape and urban context.

Light and shade will play important roles too, and the finished result will blend far more effortlessly into the landscape. “The new project will give such a pleasing chiaro scuro effect at different times of day and will give depth to the building when seen from a distance,” Ms Micallef Xuereb says.

Of course, it hasn’t been simple to get everything to line up, and months of work have been ploughed into this dynamic new vision. To this end, the AX Group worked alongside Christian Spiteri and the team at C & K Architects to achieve their vision to secure the cohesive, quality result everyone is looking for. “We certainly don’t want to compete with the view of Mdina,” smiles Ms Micallef Xuereb. “How could we? But, because the structure will be at a similar level, we had to consider how the landscape will look as a whole. We really did take everything into account and no stone was left unturned; the result will doubtlessly complement this beautiful and important part of Malta.” 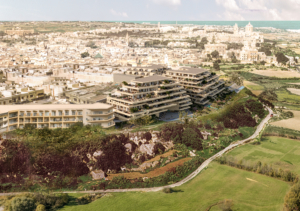 The stunning vista from the new building will also be far more accessible to the public, as well as those staying at the hotel and living in the apartments. “You’ll be able to see through the hotel to the scenery ahead, and this will completely transform the streetscape, which is currently blocked by the back of the Verdala building. The transformation will also create a variety of spaces for the public to enjoy, with large pjazzas to walk through and spaces to take in the view. It will be a completely different experience to the one on offer today,” the director says.

Finally, it’s clear that the AX Group team strongly believes the architecture of the Verdala will raise the bar for the island, along with the Group’s other current projects, including its palazzo renovation in Merchant Street Valletta and ambitious Suncrest extension in Qawra. “We like to pioneer as a Group, and this is another clear example of that. Verdala will set the standard when it comes to quality, design and structure, and have already hit the first key construction milestones in the last few weeks,” Ms Micallef Xuereb adds.

The diverse property portfolio of AX Real Estate p.l.c. has yielded significant capital growth for its shareholders. The company is offering the general public an opportunity to invest in the company’s shares with a gross dividend yield of 6.4% per annum guaranteed for the first two years, combined with a bond due 2032 having a coupon of 3.5%. The offer period is between 10th January 2022 and 31st January 2022. This is an opportunity to invest in a local and well-diversified property portfolio. The finance raised through the listing is part of the €110 million that are needed for two major upcoming projects, the first being the Verdala Hotel and Virtu Heights project in Rabat and the second being the AX Seashells Resort at Suncrest hotel extension in Qawra.

More information is accessible on: www.axrealestate.mt/investor-information 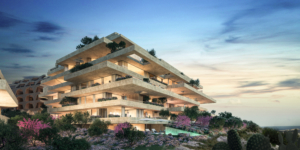 Prospective investors should refer to the prospectus dated 6 December 2021 (“the Prospectus”), which may be downloaded from the website of AX Real Estate p.l.c. (“the Company”) www.axrealestate.mt. Copies of the Prospectus are also available from Authorised Financial Intermediaries listed in the Prospectus. The offer period is between 10 January 2022 and 31 January 2022 or earlier as may be determined by the Company. This advert has been issued by the Company, a public limited liability company with registration number C 92104 and having its registered address at AX Group, AX Business Centre, Triq id-Difiza Civili, Mosta MST 1741, Malta. The Malta Financial Services Authority (“MFSA”) authorized the Prospectus and the shares and bond (“the Securities”) as eligible to listing on the MSE pursuant to the Capital Markets Rules. The approval of the Prospectus by the MFSA should not be understood as an endorsement of the Securities. The value of an investment, as well as the income therefrom, can go down as well as up and past performance is not necessarily indicative of future performance. Investors may lose some or all of the money invested. Prospective investors wishing to subscribe for the Securities should do so on the basis of the Prospectus to fully understand the features of the investment and the potential risks and rewards associated with both the shares and the bond. Prospective Investors are urged to consult their independent financial advisor as to the suitability or appropriateness of investing in the Securities. This advert has been approved by Rizzo, Farrugia & Co. (Stockbrokers) Ltd. (company registration number C 13102, Airways House, Fourth Floor, High Street, Sliema SLM 155), M.Z. Investment Services Limited (company registration number C 23936, 61, St. Rita Street, Rabat RBT 1523), Curmi & Partners Ltd (company number C 3909, Finance House, Princess Elizabeth Street, Ta’ Xbiex XBX 1102), (“the Sponsors”), on behalf of the Company. The Sponsors are licensed to undertake investment services in Malta by the MFSA under the Investment Services Act, Cap 370.

https://axrealestate.mt/wp-content/uploads/2022/01/SPIT_Ver_View-06_LOW-scaled.jpg 1280 2560 [email protected] https://axrealestate.mt/wp-content/uploads/2021/07/AXRealEstateLogo.svg [email protected]2022-01-10 15:51:332022-01-10 15:51:33A Commitment to Quality
Scroll to top
We use cookies on our website to give you the most relevant experience by remembering your preferences and repeat visits. By clicking “Accept All”, you consent to the use of ALL the cookies. However, you may visit "Cookie Settings" to provide a controlled consent.
Cookie SettingsAccept All
Manage consent