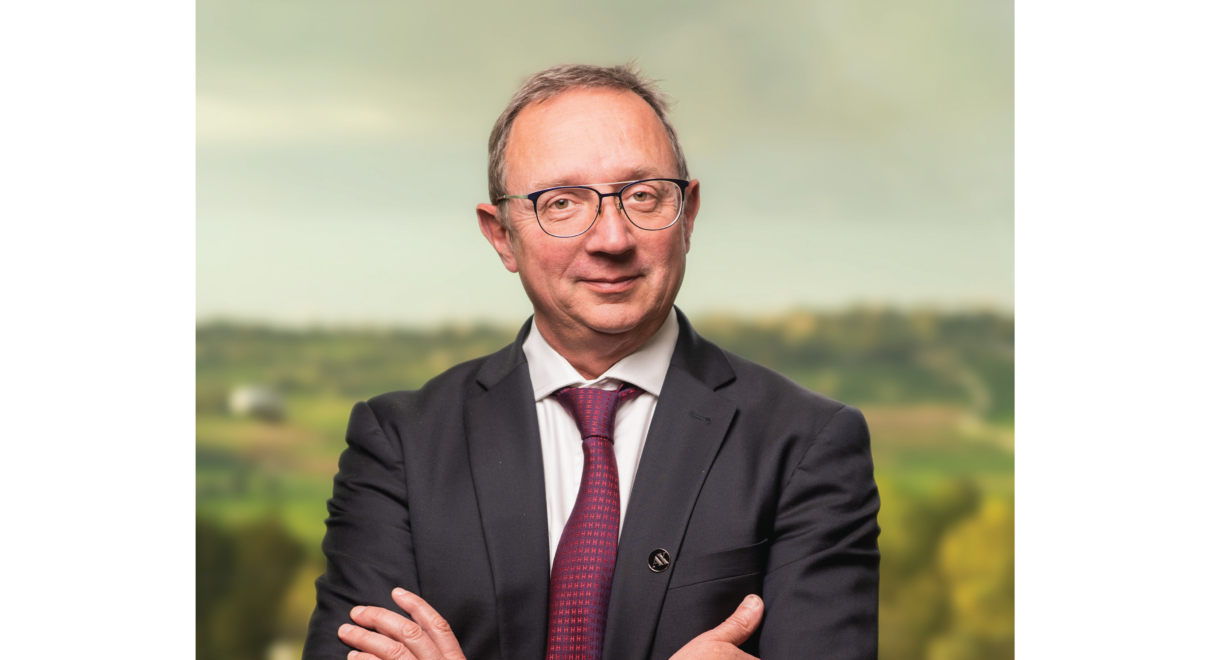 In an interview with Saviour Balzan, Michael Warrington, director of AX Real Estate and CEO of AX Group, described the history of AX, the extensive experience in construction, development, health care, renewable energy, real estate and hospitality, as well as innovative projects, including well-known touristic projects and developments for high-end, as well as for mass tourism.

Reminiscing on the first major project, Suncrest Hotel, in Qawra, Michael Warrington described the evolution of the group, from one headed by entrepreneur and visionary Angelo Xuereb to his family. His two daughters, Claire Zammit Xuereb and Denise Micallef Xuereb are now at the head of the group of companies, which employ more than 800 people.

Mr Warrington went on to describe the success of the major project in Naxxar, Hilltop Village, the perfect combination between a retirement village for elderly people and a care-home and the success it offered to the group, as well as to investors, who had bought into bonds for the project.

When speaking of the vision of the future, Mr Warrington namely spoke of the extension of the Suncrest Hotel, with another additional four floors, as well as a major refurbishment, and the development of the Grand Hotel Verdala. The aim of the Verdala development is to cater for high-end users and clients, who will benefit from the unique development, excellent design, panoramic views and ideal setting of the project.

Mr Warrington said that the Group was offering a new investment opportunity combining equity and bonds. The bonds will have a coupon of 3.5%. People investing in the equity will be able to purchase the bonds.

The interview came to a close with Mr Warrington describing the long history of the group, which spans over nearly five decades, examples of which can be seen all across the island. The group has withstood the competitive edge of various other companies and also the changing times.

https://axrealestate.mt/wp-content/uploads/2022/01/MW-01.png 2537 3930 [email protected] https://axrealestate.mt/wp-content/uploads/2021/07/AXRealEstateLogo.svg [email protected]2022-01-21 15:05:422022-01-21 15:33:55Interview with: Michael Warrington CEO AX Group and Director of AX Real Estate
Scroll to top
We use cookies on our website to give you the most relevant experience by remembering your preferences and repeat visits. By clicking “Accept All”, you consent to the use of ALL the cookies. However, you may visit "Cookie Settings" to provide a controlled consent.
Cookie SettingsAccept All
Manage consent