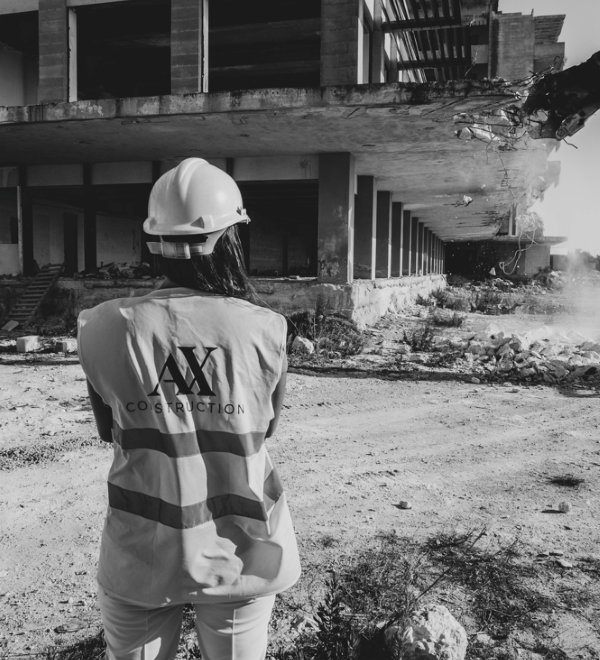 As seen on Business Now.
As the Grand Hotel Verdala finally goes into redevelopment, we reflect on what this iconic building has meant to Rabat over the years and what it will give back to the community in the future.

The 1970s and 80s were the heyday of the Grand Hotel Verdala, and so many people still remember that golden era today. From dinners and weddings to holidays and holy communions, the hotel was a beloved hive of activity within the Rabat community.

For locals it was a place of work, a source of pride and a destination for celebration, while guests visited from miles around to experience the famed Verdala hospitality.

But all good things come to an end and silence eventually fell on the Grand Hotel Verdala. After more than two decades of solid luxury service, the hotel was tired and in need of serious care and restoration – a challenge enthusiastically taken on by renowned entrepreneur Angelo Xuereb in 1994, who bought it ready to restore it to its former glory.

However, what he hoped would be a smooth turnaround and exciting relaunch in 1999 quickly turned into a long planning battle for Mr Xuereb, as he wrangled with the authorities to bring his vision to life. That vision spent a long time on the boardroom table, as Mr Xuereb and his team took countless iterations of their ideas to the Planning Authority.

Over the years, Verdala fell into a worse and worse state of repair, sitting sadly on the Rabat skyline as a stark reminder of the vibrancy it had once brought to the Rabat community.

As time marched on, he and the team stayed close to all the key stakeholders involved and worked with them to reimagine a Verdala that would be welcomed back to Rabat and stand proud once again.

“I believe we worked on over 50 versions of the project plans since we first got started,” Mr Xuereb smiles, as he recalls the decades-long drive to secure Planning Authority approval, which was granted in May this year.

“Throughout that time, our focus was on working with the local community to ensure they felt as excited as we do about bringing the Verdala back.”

Core to the success of the final approval was the involvement of Mr Xuereb’s daughter Denise Micallef Xuereb, the group’s director for construction and development. As a little girl she grew up playing within the hotel walls, and she has long been inspired by her father’s dream to transform it back into the icon it once was.

“I have such fond memories of the Verdala!” Ms Micallef Xuereb says enthusiastically. “I can remember running through the hotel gardens and enjoying the spectacular Sunday lunch spread with friends and family. There was a great atmosphere to the hotel and it was clear to me, even then, what an important place it was for so many people.”

In fact, like multitudes in the Rabat community, Ms Micallef Xuereb has been sad to see the building boarded up and inaccessible for so long. So, three years ago, she made it her mission to move the application procedure forward, and she has led the process ever since.

“I began by really trying to understand any objections to what has been suggested in the earlier plans and, with the team, found ways round each of them. I have had myriad conversations with key stakeholders – from the Rabat Local Council to our neighbours – to hear their stories about what they would like from the new Verdala. We listened, took them all eagerly on board, and adapted; I am thrilled that, in the end, planning permission was granted without a single objection to our final round of plans,” she says.

That success is down to the fact that the entire AX team have kept the needs of Rabat at the core of their decisions throughout the process, and they haven’t taken the responsibility lightly.

“We really do want what’s best for Rabat and its people because they deserve to have this beacon reinstated for their community,” continues Ms Micallef Xuereb.

And the results speak for themselves. Unlike the existing structure, the new Verdala will be split into three sensitively designed and beautiful buildings – two apartment blocks and a boutique hotel.

Among the significant improvements will be the lower overall height of the structure, as well as increased open space for the public to enjoy and even open views of the countryside from the street – an innovative approach that will completely transform the feel of the surrounding area.

“We also take our responsibility to our neighbours seriously and want to reduce the impact of the development phase on them as much as possible. With this in mind, we have worked closely with the Local Council to determine where the trucks should pass from and which parking spots can shift temporarily so we reduce the impact of that too. We’re neighbours for life, so disgruntling people will get us nowhere.

“What’s been most pleasing is that, throughout our journey thus far, it’s been clear just how eager the local community is to get this project going. They are excited for it to breathe new life back into the area and for it to inject new opportunities into the Rabat economy. Locals have such strong and happy memories of Verdala and it feels fantastic to be giving the project back to them to enjoy with a whole new generation living and working in the vicinity.”

So, with this development firmly back at the forefront of the AX Group’s plans and an exciting timeline that will see it demolished within the next few days, constructed, finished, and opened within the next three years, the Verdala can now become a source of pride for so many people once again, including the dedicated team behind it.

“Seeing the Verdala thrive is one of my lifelong goals and I now feel confident we are on track to achieving it,” continues Mr Xuereb. “Its success is central to our success overall, and it marks part of a new milestone era for the group, with a selection of other very important projects going into development, including the Suncrest Hotel in Qawra and the renovation of a striking palazzo in Valletta.

“I can honestly say that we will stop at nothing to ensure that, once again, the Verdala becomes a source of great pride for Rabat and Malta as a whole, and we relish the opportunity to give this landmark back to the community to enjoy in more ways than ever. As life returns to this great property in the months ahead, we look forward to sharing the fruits of our hard work with you. We look forward to celebrating Verdala together!” Mr Xuereb concludes.

https://axrealestate.mt/wp-content/uploads/2021/12/2-1.png 800 600 [email protected] https://axrealestate.mt/wp-content/uploads/2021/07/AXRealEstateLogo.svg [email protected]2021-12-21 00:30:362022-01-03 14:37:45Rabat Icon Reborn: Verdala
Scroll to top
We use cookies on our website to give you the most relevant experience by remembering your preferences and repeat visits. By clicking “Accept All”, you consent to the use of ALL the cookies. However, you may visit "Cookie Settings" to provide a controlled consent.
Cookie SettingsAccept All
Manage consent